Skip to content
Valued customer Pizza Hut yesterday demonstrated its leadership and commitment to sustainability and to lowering its energy costs when it publicly committed to installing energy management systems in 500 of its corporate stores which set a course for for its 5,800 valued franchisees leading to increased margins and better profitability.  The news broke in a story in the
Dallas Business Journal on July 23. 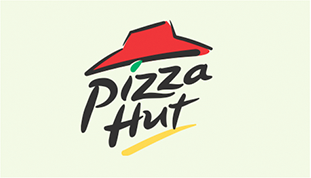 In the story, a Pizza Hut spokesman said that in the trial systems that had been installed so far, the company had seen a return on investment that was “quicker than a lot of things that we do.”  The company also appreciated how the systems contributed to corporate sustainability goals.  “What we like most is the environmental benefit that it has,” the spokesman said.

Pizza Hut will be putting high-tech thermostats and other energy management systems developed by a Richardson company in all 500 corporate-owned restaurants, the chain announced Wednesday.

Plano-based Pizza Hut awarded an exclusivity contract to Entouch Controls for the restaurants it owns and will recommend them for 5,800 franchise-owned locations.

The systems have been tested in about a dozen locations around the country in different climates, said Doug Terfehr, a Pizza Hut spokesman. He said the company would not release specific details on cost, how much energy was saved or how long it would take to get a return on investment, only that it’s “quicker than a lot of things that we do.”

“What we like most is the environmental benefit that it has,” he said.

Greg Fasullo, CEO of Entouch Controls, said this is one of the biggest contracts to date. He expects to have the systems installed in corporate-owned Pizza Huts by the end of the year.
Entouch developed the thermostat that communicates with the cloud through its own wireless network. The analytics are monitored 24 hours a day, seven days a week by Entouch employees who look for irregularities or maintenance issues before they become a problem, Fasullo said.

Having exclusive rights to thousands of Pizza Hut franchisees is the big prize, though.

“Those franchisees haven’t agreed to install us yet so we’re still working through that process,” Fasullo said. “We went through a pretty extensive RFP with corporate and got selected.”
The majority of the stores are owned by about 30 owners, he said.

“We’re already working with three of the franchise groups. One in California, one in the Northeast and another one’s based in Kansas,” he said.
Terfehr said the franchise owners typically “follow our lead.”

Here’s a link to read the complete story.
If you are a restaurant and want to know more about whether energy management is right for you, read our new whitepaper titled: Why Restaurants Cannot Ignore Energy Management in 2014.”